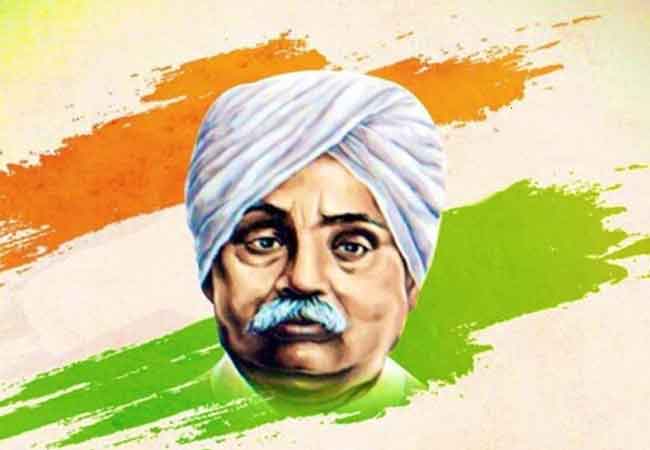 Shri Lala Lajpat Rai (28 January 1865 — 17 November 1928) was a Indian author, revolutionary, and politician. He played a pivotal role in the Indian Independence movement. He was popularly known as Punjab Kesari. He was one of the three members of the Lal Bal Pal triumvirate. He was also associated with activities of Punjab National Bank and Lakshmi Insurance Company in their early stages in 1894.

He died a few weeks after sustaining severe injuries during a baton charge by police when he led a peaceful protest march against the all-British Simon Commission, a commission constituted by the United Kingdom for Indian constitutional reform.

Some of his quotes:

“If I had the power to influence Indian journals, I would have the following headlines printed in bold letters on the first page: Milk for the infants, food for the adults and education for all”

“The government which attacks its own innocent subjects has no claim to be called a civilised government. Bear in mind, such a government does not survive long. I declare that the blows struck at me will be the last nails in the coffin of the British rule in India.”